Something something, the ehriraki family structure words, and the grammatical cases. These are simpler topics, so it will mostly be listing and explaining words.

To talk about other family members, concatenate the words that relate them to you

Not part of formal language: Some people shorten the more common concatenated names

* Historically, most Kaihnem Ohba groups don't have the structure of a marriage, being together for a long time, being intimate and wanting to raise descendents are different parts of a relation that can be there or not. 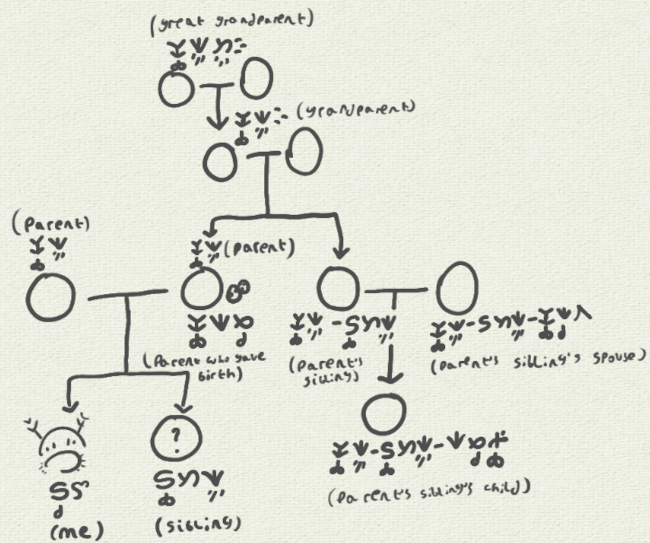